India will be a much more investment-friendly nation post COVID-19 thanks to reforms introduced by the Centre. Indian Prime Minister Narendra Modi approved the formation of a cabinet of empowered government officials whose main mission is to attract investment.

Company formation in India will become much easier post COVID-19. This is largely because of measures initiated by Indian Prime Minister Narendra Modi. He approved the establishment of a group of empowered secretaries. This group is to be led by cabinet secretary Rajiv Gauba. Its goal is to make India a more appealing place to invest by FDI as many large companies are looking to mitigate risks by diversifying the investments in new geographical areas.

Many entrepreneurs are finding that India Company Incorporation is much easier post-COVID-19. They are looking at other less risky parts of the world to invest in and to do business in. They see India as being strategic because it is a gateway to lucrative markets in the US, EU, China, and other strategic geographic regions. The newly formed empowered group’s task is to exploit these opportunities and transform India into one of the major players in the global value chain.

Industries want to diversify by migrating to different geographic locations. Officials know that this is large because of COVID-19. The empowered group of secretaries will ensure that as much of this new investment money will end up in India as possible. The Indian government has established Project Development Cells (PDC) in every ministry. This is according to information and broadcasting minister Prakash Javadekar in a press briefing after the meeting. He said that this will support new industries in the initial stages and fill in the gap within the domestic industries.

Entrepreneurs will be encouraged to enter into emerging and new industries. The measure is expected to dramatically boost and encourage the Indian industry. India envisions itself as becoming a $5 trillion economy by 2025. These measures are designed to ensure that this happens. Different ministries and departments in state governments and the national government will be integrated to work together strategically in terms of investment and similar incentive policies. This will facilitate India reaching its 2025 economic goal.

CEO Niti Ayog, Amitabh Kant and the commerce, revenue, and economic affairs secretaries would also be participating members. The secretary for the department that promotes industry and internal trade (DPIT) would be the convenor. Secretaries of any concerned departments would co-opt in this role. In the post-COVID 19 world, India stands to gain by better economic and tax policies, handholding new domestic industries in the initial stages and streamlining the policies for more FDIs.

The empowered group will evaluate investors and investments through a number of parameters that included project creation and actual investments. Government departments would be given deadlines for the completion of certain projects. The Kolkata port, Shyama Prasad Mookherjee Port was renamed. He was an academician, thinker and a prominent BJP icon. The renaming was approved by the cabinet.

Another major decision taken by the cabinet was to re-establish Pharmacopoeia Commission for Indian Medicine & Homoeopathy (PCIM&H) under AYUSH ministry. The merger will promote the better use of ancient knowledge, infrastructural facilities and financial resources available. 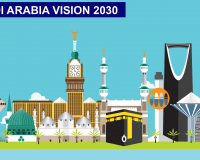 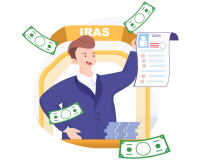