Compulsory health insurance, some new life rules and enforcement of new regulations will be the top agenda.

Yes, this New Year is going to be a buzzing one for the insurance market in the Middle East and there are three major developments that we can forecast.

The first one is that an obligatory health insurance will continue to be rolled out in the GCC region. Recently, a new law has been announced in Bahrain and Oman which will be implemented in 2019, according to which all the employers need to necessarily offer health insurance to their staff members. However, with compulsory health insurance being a major factor of growth and upsurge in markets like the Kingdom of Saudi Arabia, Abu Dhabi, and Dubai, many others are surely going to follow suit.

Secondly, the UAE is soon going to put into practice the much-awaited Life Insurance Regulations. This step was announced back in 2016 end, but the Insurance Authority needs to still publish and announce the final draft of these regulations before its implementation. These regulations will surely have a very positive effect on the industry. It is also predicted that they will put a cap on the total fee and commission that is to be paid by policyholders, limit the usage of indemnity commission, and execute some obligatory disclosures and Pro-forma product illustrations. In all probability, the regulations would also help in short to a medium-level reduction in the total number of life insurance intermediaries and will further drive more consolidation.

Thirdly, all the regulators in the market will get tougher. In 2018, there were a lot of proactive steps taken by insurance sector regulators, be it in terms of the issuing of new regulations or better level of enforcement. Many official bodies in the KSA and UAE have suspended insurers and other intermediaries from doing business which is pending the investigation process and remediation of several regulatory breaches. It seems that these authorities and regional regulators would continue the same thing in this year too, as the regulators want to push further compliance and augment consumer protection. 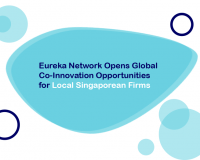