An update on GCC Employment and Immigration Law An update on GCC Employment and Immigration Law


Here are some recent updates about employment and immigration law in various GCC countries.

The DIFC Authority has recently suggested a new mandatory DIFC Employer Workplace Savings scheme (“Savings Scheme”) that is designed to substitute the current end-of-service gratuity (“Gratuity”) regime. Coming in effect from 1 January 2020, as per the proposal all DIFC entities would now not accrue Gratuity but would have to contribute to the Savings Scheme that the employer would have to fund on a monthly basis. This Scheme would be based in the DIFC and operated and run by the trustees appointed by the DIFC. Now, all the DIFC employers and employees need to participate in the Savings Scheme only except if an employer works out a qualifying system of their own.

KSA’s Consultative Assembly has just approved a new draft law controlling the means, circumstances and terms under which residency visa or permits would be issued for highly-skilled professionals and wealthy foreigners without, the requirement for a sponsor or employer. The specific terms and circumstances under which this residence permit would operate has yet to be announced. Some reports say that all the eligible global nationals would be able to get a residence permit for up to one-year (which would be renewable) or applicable for an unlimited time duration, along with other qualifying conditions such as proof of sufficient financial resources, possessing a clear criminal record and having medical fitness. The qualifying residence permit holders can also sponsor visitor visas for their family and relatives, employment visas for their domestic workers, and they can also own property and travel around without restrictions to and from the KSA, among other advantages.

The Ministry of Manpower has extended the current six month ban (again for the same period) on expat workers working in the construction and cleaning sectors.

Additionally, the Ministry has further established that the following professions would only be taken by Omanis in the private sector: Administration Director, Assistant General Manager, Human Resources Director, Training Director, Personnel Director, Public Relations Director, Follow-up Director, Assistant Manager, and all administrative and clerical jobs. Those expats who are currently working in any of the aforementioned roles will be allowed to continue in these roles until the end of their existing residency visas; however, they will not be able to renew them.

As per the Qatar work and residency permit procedure, citizens from Pakistan, Sri Lanka, Bangladesh, India, Nepal, Indonesia, Tunisia, and the Philippines (the “Designated Nationals”) were supposed to complete the post-arrival immigration formalities (such as biometrics, medical examination, signing the employment contract and then residence permit issuance) in Qatar. But, as per the recent amendments introduced in Qatar, the Designated Nationals will have to get their medical examination and biometrics done at the Qatar Visa Centers located in their respective nations before the Ministry of Labour in Qatar would issue them a work visa that allows them to enter the country and file for residency permit. As of now, this process is valid for all the Designated Nationals except for those from Nepal, Tunisia, Indonesia and the Philippines who would soon be covered under this new rule.

Qatar is the first GCC country to propose permanent residency status to its foreign nationals, but that is subject to some qualifying conditions. The Ministry is now accepting applications for permanent residency – almost up to 100 every year – as the new regime is now fully in force.

The Qatar government has introduced a new law that relaxes the exit permit requirement that was imposed on foreign employees (under the Qatari federal labour law) as a compulsory pre-condition to leaving the country, be it on a temporary or permanent basis. This new law then came into force on 28 October 2018. As per the head of the ILO’s Project Office in Doha, this law would be abolished for all the categories of foreign citizens by 2019 end. During this interim period, the individuals was have been currently exempted from the remit of the Qatar Labour Law still need to get an exit permit to go out of Qatar (requiring the sponsor’s permission) till the exit permit rule is abolished wholesale. This modification to cover all employee categories is a welcome move and would facilitate a more flexible and fluid workforce.

The speed of amendments in immigration and employment law throughout the GCC has been intensifying and seems to remain as a major growth facilitator as the GCC economies drive forward their agendas for diversification and foresights for the short and longer-term. We are committed to continue monitoring these amendments and updates and keep you posted on any developments 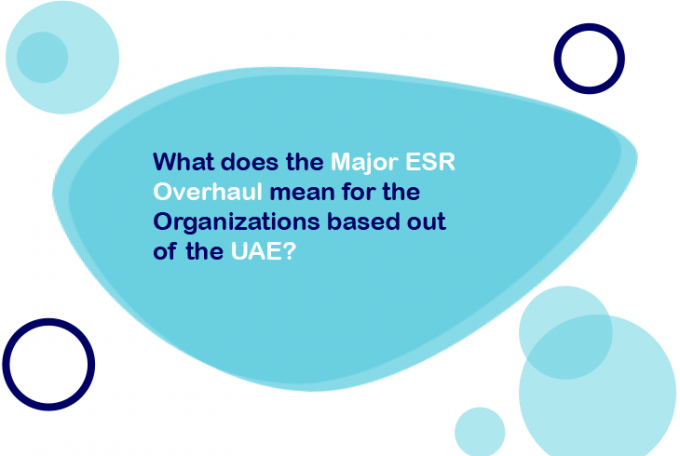