Global Economy Will Witness Stability and Growth In 2021 Global Economy Will Witness Stability and Growth In 2021

2021 will move towards economic prosperity with strong economic and profit growth throughout the year in equities, real estate, and bond markets including particular commodities; Invesco, the Investment management firm, and a global company headquartered in Atlanta with regional offices in 26 countries reports.

“Given the apparent success of vaccine rollouts in the developed world, we believe the global economy will show solid growth in 2021, partly as a function of a rebound from a deep recession, partly due to a gradual release of pent-up demand and also due to financial support, especially in the US. At the same time, we expect major central banks to continue providing generous support,” said Paul Jackson Global Head of Asset Allocation Research of Invesco in a report on 29th March Monday 2021.

Market Experts and strategists from Global Market Strategy Office in the USA are upbeat on the cyclical assets and businesses such as restaurants, hotel chains, airlines, furniture, high-end clothing retailers, and automobile manufacturers as the global economic indicators are trending in the right and upward direction buoyed by positive market sentiment at the backdrop of a huge economic push by most governments, high liquidity, and vaccine rollout.

However, many learned economists and market experts including Invesco cautioned about some unforeseen challenges and narrated some factors that could dampen this economic growth forecast. As also noted by Jackson from Invesco, the five reasons mentioned below can force us to shift our priorities and preferences and make us more defensive in our approaches.

“We think the most likely problem is that markets have priced in a lot of recoveries. If we are to remain positive about cyclical assets, we need to become even more aggressive in our assumptions about growth and future spreads/valuation multiples. We are happy to do this, given that we now feel more comfortable about the global recovery, but it has the downside of forcing us to accept that government bond yields will rise more than we previously thought,” Jackson remarked.

The economic growth projections are made on certain assumptions such as stable interest rates and continuation of asset purchase.

Experts from Invesco believe that a positive correlation will be maintained in bond yields and equity prices for economic growth to continue.

Besides, Invesco expects real estate yields to be more attractive compared to other asset classes and will mitigate the risk of higher bond yields.

“Even if cash flows bounce less strongly than for equities, yields are high and we expect them to be stable,” Jackson added.

Energy and industrial metals are considered expensive while Agricultural commodities are cheap and would act as a cushion against rising inflation and interest rate hike.

Europe and the emerging markets are on the list of favorites of Invesco and mostly to gain during global economic recovery and expansion.

Many research institutions including OECD believe that by the end of 2021, more than 80 percent of the global population will develop immunity against the virus mostly contributed by vaccination drives and the economy will grow at a rate of 7 percent and more which would be a big jump. 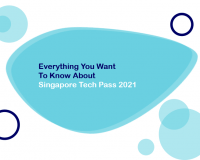 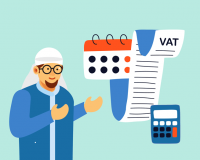 India Enjoys Growing Trade and Investment From the UK