Complete Guide for a Foreign Company to do Business in Australia Complete Guide for a Foreign Company to do Business in Australia

The country is known to have one of the strongest, open, flexible and most competitive economies in the world. In fact, it is one of the largest economies in the Asia Pacific region following China, Japan and Korea. Along with the strong economic growth, Australia also enjoys low inflation, which makes it all the more attractive for investors for doing business in the country.

Australia ranks 18th in the World Bank’s, Ease of Doing Business Report 2019. This is a testament to the country’s forward-thinking approach to business, protection of intellectual property rights, sound business regulatory environment and openness to global commerce.

This article covers everything you need to know about doing business in Australia, right from understanding the country’s tax and legal compliances to knowing about the types of business entities that can be formed.

Australia ranks on 12th position in the world economy and enjoys the 6th highest per capita GDP. Major sectors that contribute to economic growth include mining-related exports, banking, manufacturing, telecommunications, tourism and agriculture.

The corporate tax rate in Australia is 30% which is very competitive as compared to other major economies. Moreover, it offers cost advantages to businesses in terms of office space, industrial land, utilities, transport infrastructure, etc.

In addition, the Government in Australia welcomes and encourages foreign investment. Also, the legal framework and government policies are very liberal and transparent.

Types of Business Entities for Incorporation in Australia

You can incorporate the following types of business entities in Australia:

Depending on the type of entity that you choose to incorporate, the timeframe for incorporation, rules and regulations vary. Every type has its own advantages and disadvantages. Therefore, one must analyse all the conditions before incorporating a business entity in Australia.

Benefits of Registering a Company in Australia

Some of the advantages of registering a company in Australia include:

Tax Registration and Filing in Australia

Australian domestic corporations have to pay corporate income tax on worldwide income, including income earned by their foreign branches. Some of the important things to consider in relation to taxation in Australia are:

Australia has double taxation treaties with many countries throughout the world including Singapore, India, Canada, France, Germany, Indonesia, Malaysia, South Africa and the United Kingdom among others.

Legal and Compliance Requirements in Australia

All incorporated entities in Australia are required to comply with the below mentioned laws:

Before starting a business in Australia, you need to comply with the below mentioned laws:

All companies in Australia have to follow International Financial Reporting Standards (IFRS) for accounting. The responsibility of developing, issuing and maintaining accounting standards for entities in the public as well as the private sector is on the Australian Accounting Standards Board. 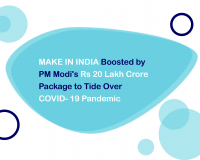 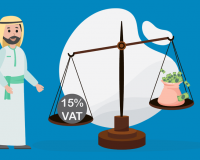 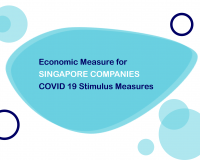 The SME Working Capital Loan (which has been subsumed under the Enterprise Financing Scheme), will…
Read more What Forms Part of the Financial Statements? What is a trademark?