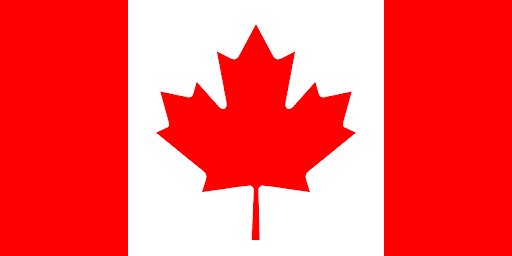 As more and more organizations are turning to technology to enhance their operational efficiency and serve their customers better, South-east Asia comes up with new opportunities for Singapore companies who are looking at expanding in the region or doing company formation in Singapore.

According to a recent survey, 76 percent of organizations who wanted to expand were wishing to enter in the Asean region. The top three destinations for doing business as per the survey were Vietnam, Malaysia and Indonesia. Meanwhile, another report showed that Singapore companies opted for Indonesia as the second most significant growth market globally (16 percent), after China, in the coming three to five years, whereas Malaysia (15 percent) ranked third.

Growing interest in the region can be seen amid fast technological advancement which is rapidly changing the way consumers behave.

In the last four years, the number of people using Internet in South-east Asia has gone up by 100 million — out of which most are aged 15 to 19. “As more of these young, digital-savvy and mobile-first South-east Asians come of age over the next 15 years, they will further fuel the growth of the region’s Internet economy,” stated a survey report in 2019.

The report also projected that the region’s Internet economy is going to triple by 2025, reaching almost US$300 billion, with Indonesia and Vietnam as top players.

Riding this trend, regional companies are driving digital transformation to further enhance their operational efficiency and serve digital-first customers in a better way.

“Companies in retail, e-commerce, logistics and transportation have really felt the push to provide the best online experience for customers in comparison to other alternative services, and that has been a great impetus for them to change,” said Evan Tan, chief of staff, Holistics Software.

Holistics offers a data analytics platform for firms to prepare and manage their databases, said that more than 50 percent of its existing customers are from South-east Asia. It has assisted an Indonesian Artificial Intelligence (AI) chatbot company to get access to internal big data sources without needing a technical team, and thus, improving the organization’s operational efficiency.

This keenness to try new technologies by regional firms was not common few years ago.

Indonesia in particular is quite open to try new technologies and also has improved digital infrastructure and huge e-commerce potential. Being the biggest in the region, Indonesia’s Internet economy was projected at US$40 billion at its gross merchandise value in 2019.  It is likely to further go up to US$133 billion in the year 2025.

“Singapore is a good place for us to do initial research and development, and prototyping,” ViSenze’s Mr Tan said. “But when you need to scale very quickly, you need big consumer markets.”

ViSenze announced a partnership with Samsung Electronics in February 2019 in South-east Asia and Oceania, which would enable Samsung consumers to find products online along with real-life images or current pictures via Bixby Vision Shopping.

Shobhit Shukla, who is the chief revenue officer and co-founder of Near, was quite surprised by the huge technological transformation in the region.

“South-east Asia actually completely skipped an entire generational development,” said Mr Shukla. “Connectivity by 4G and 5G and smartphones help them bypass the broadband (stage) into the smartphone (stage). Who would have thought that companies like Gojek would emerge in a developing economy?”

Near is a Singapore-based AI platform which is tasked with analyzing data to comprehend the real world behavior of consumers. Fascinatingly, though more brick and mortar firms in South-east Asia are beginning to start their journey into e-commerce, all established e-commerce players are also now building their offline capabilities.

These firms are eager to better gauge their consumers, and thus there is a growing requirement for data to join the dots between the consumers’ online and offline behaviour and to offer a 360 degree outlook of the consumers.

The logistics sector is also vigorously planning to utilize technology in its operations. Demand for new technology solutions have risen as Southeast Asia strives to enhance its connectivity to foster the mobility of manpower, other resources and technology, even as it is weighed down by an infrastructure gap.

These initiatives offer golden opportunities for various Singapore’s investment and logistics firms to back new establishments and manufacturing activities in this region and go for Singapore company incorporation.

The Vietnamese government is also encouraging investors to offer their technical expertise and experience in project management particularly in infrastructure projects for helping to speed up their development.

Indeed, YCH, a Singapore-based logistics giant, mentioned that after a memorandum of understanding was signed in 2018, it is collaborating with T&T Group, a Vietnamese multi-industry conglomerate, for building Superports in Hanoi, Ho Chi Minh City, and may be also in the Philippines this year.

These Superports, which would be connected to all major rail, road, and freight networks, are likely to use new technology for coordinating cargo movements and to build an effective network for distribution inside the cities and beyond.

The Superport project by YCH and T&T would enable promoting infrastructure development and in addressing the requirement for a chain of distribution centers located in the Southern Transport Corridor. 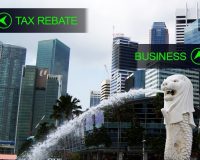 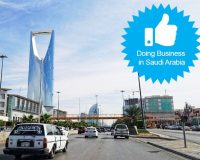 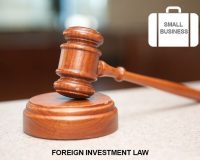