The New DIFC Companies Regime is in Effect Now The New DIFC Companies Regime is in Effect Now

The New Legislation is a replacement of the earlier Companies Law (DIFC Law No. 2 of 2009) and the operating regulations and it revised several areas regarding registration and operation of businesses in the DIFC.

The New Legislation was awaited by various small and medium size private companies that are limited by shares, including their shareholders and directors, and legal and financial experts advising businesses considering DIFC as the area in which to function or those who are already functioning in the DIFC.

These changes are specifically aimed at:

Likewise, in some other jurisdictions internationally, the role of Registrar of Companies’ (‘ROC’) would be to oversee and monitor if companies are complying with DIFC law.

The main changes to the previous regime that was introduced under the Companies Law and Regulations relate to the following areas:

Types of Companies and Classification
Earlier, there were two ways to incorporate a company in the DIFC- a limited liability company or a company limited by shares.

Now, limited liability companies are no longer there and the only firms that can function in the DIFC are the ones limited by shares: be it private and public.

What Happens to Current Limited Liability Companies (‘LLC’)?
The ROC will direct every LLC registered under the DIFC for conversion to either a private or to a public company limited by shares so as to be in compliance with the New Legislation.

Just as the earlier company limited by a shares vehicle, the name that is approved for a private firm limited by shares as per New Legislation should also have the word ‘Limited’ or ‘Ltd.’ In the end. But, there are major changes in this structure to the earlier Ltd. structure, which specify the below requirements:

The approved name of a public company that is limited by shares should end in ‘Public Limited Company’ or ‘PLC’. A PLC as per the New Legislation has:

A new standard of DIFC Articles reflecting the provisions of the New Legislation is also introduced. The need for a legal opinion to be given along with modified Articles of Association is now replaced with incorporator’s statement (for preliminary Articles) or the director’s certification (in case of post-incorporation changes) of compliance with DIFC law concerning the projected amendments to the Articles.

The New Legislation also introduces several duties by which the directors should abide. They are:

For ensuring that the companies follow the provisions of the New Legislation, some administrative fines have been introduced, which are levied and which range from USD 2,000 to 30,000.

To conclude, the New Legislation further improves the legislative regime of the DIFC, offering the current DIFC companies and the new investors more flexibility in running their businesses, with better and more options related to the regulation required. So if you are thinking of business setup in Dubai free zone or company formation in Dubai, this is the best time to do so. 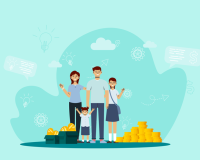 Dubai Expo 2020 being in full throttle and pandemic restrictions tapering off, Dubai gets back…
Read more
Press ESC key to close search