Saudi Arabia’s vision 2030 was developed in 2016 and was centered on three primary themes – a vibrant society, a thriving economy and an ambitious country. The iconic vision was built by the Council of Economic and Development Affairs, which is chaired by Deputy Crown Prince Mohammed bin Salman. The vision encompasses several reform strategies and goals for Saudi Arabia’s long term economic success. This widely includes the creation of a sovereign wealth fund, reduction in subsidies, opening Saudi Aramco (Saudi Arabian Oil Company) to private investment through a partial IPO and reforms to multiple industries such as tourism and defense.

To achieve a vibrant society, Saudi Arabia is planning to focus on its citizens and the Islamic faith. This will happen through numerous commitments. This includes increasing the number of Umrah visitors from 8 million to 30 million annually, establishing the largest Islamic museum in the world and doubling the number of Saudi heritage sites registered with UNESCO. To achieve economic success, the Kingdom is planning to diversify its economy and create dynamic job opportunities for its people. This will happen through commitments to innovation, education and entrepreneurship. Company registration in Saudi Arabia is expected to get a whole lot easier now. To become an ambitious country, Saudi Arabia will be focusing on transparency, accountability and effectiveness in its governing strategy. Only through solid foundations can sustainable success can be achieved.

Saudi’s vision 2030 plan includes strategic objectives cascading down to the nation’s public sector entities and vision realization programs, 12 of which have already been rolled out. With all these ambitious programs, Saudi Arabia plans to overcome its oil dependency with a well-diversified, dynamic and modern economy.

Since vision 2030’s conception in 2016, Saudi Arabia had made progress towards diversifying its economy and decreasing its dependence on oil revenues. The large scale reforms, which included a fiscal balance program, had been supported by decisions which improved the overall quality of life in Saudi Arabia by benefitting residents and attracting domestic and foreign investments. Growth has opened up new jobs for Saudi Arabian citizens in main areas through the partial privatization of sectors such as healthcare and housing. The nation had also prompted business setup in Saudi Arabia. In 2019, Saudi Arabia had jumped 30 spots in the World Bank’s Ease of Doing Business 2020 index – the biggest improvement and highest jump worldwide.

In 2020, Saudi Arabia decided to evaluate the vision 2030’s goals after four years of its launch. However, with the dramatic shock to the oil prices, the coronavirus pandemic has hit Saudi Arabia’s economy hard. Dropping oil prices, disruption of global trade and financial markets, an indefinite pause on industries like tourism, and huge lost productivity in the government and private sector has cast an uncertain spell for the future of the Saudi plan. Notably, even before the outbreak of the pandemic, the nation was facing some challenges like the murder of journalist Jamal Khashoggi in Istanbul, increasing tensions with Iran, which had taken focus off Saudi’s economic reform efforts.

The uncertainty around vision 2030

According to a study report by the University of Bath, the main obstacles or challenges with Saudi Arabia’s Vision 2030 are the uncertainties surrounding its launch and potential for success. This originates from its stated objectives that can only be described as ambitious because of the scope and magnitude of the undertaking – not to mention that only 15 years (relatively short period of time) has been set to achieve the aforementioned objectives.

Furthermore, there is a shortage of information about the detailed plans that will help in realizing the intended macroeconomic and socio-political renovation. Apart from this, the seemingly slow response from a number of governmental and quasi-governmental institutions in announcing their detailed plans and programs has added to this existing uncertainty.

According to Atlantic Council data, Saudi Arabian government has invested a significant amount of money, energy and effort in the Vision 2030 reforms and it has yielded some noteworthy achievements to date. This broadly includes fiscal stabilization and macroeconomic management, the development of capital markets and the banking system, the digitization of government services, and transformed social reforms. However, in several other areas, reform efforts have not proven themselves successful with respect to their intended objectives. This can notably be seen most in creating jobs and reforming the private sector into an engine of growth.

Doing business in Saudi Arabia may be easier and more efficient with some external professional help. The good news is that Saudi Arabia has already recognized the fundamental reforms required for the nation’s long-term economic growth, and it has started the work of implementing many of them. 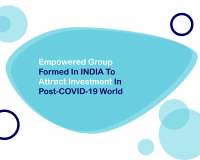 Singapore is known for transparency in its government and its Accounting policies and procedures. Accounting…
Read more
Press ESC key to close search