It has been confirmed recently by the Lord Mayor and the leader of the City of London William Russel that the two GCC states, the UAE and Kuwait have been identified as the fastest-growing markets for UK services worldwide. Russell noted that British technology and innovation in the fields of green energy and digital infrastructure could offer huge collaboration opportunities for Kuwaiti investors and can open the doors for much British technology based Kuwait company incorporation.

The Lord Mayor said, “We look forward to continuing to work with them in the years ahead and see a bright future for our ongoing trade relationship.”

As estimated by the Lord Mayor, the existing business and investments from the GCC nations including Kuwait, Bahrain, Saudi Arabia, Qatar, and the UAE exceed 140 billion Sterling (USD 195 billion approx at the current exchange rate). He also noted that the City of London would be appreciating these investments into green and renewable energy infrastructure programs and projecting increased future investments pouring into the finance and fintech sectors.

The UAE remains to be the top trading partner for the UK among other GCC nations and has already attracted significant FDI from the UK. The ongoing trade deal between the UK and GCC is likely to be finalized during this summer and once the bilateral trade pact gets through, many more UK companies would likely be rushing for company formation in Dubai.

There were a series of discussions held recently between Mr Russell and the GCC member states, especially the higher authorities in Kuwait on many different issues, however the main topics of discussions revolved around the forthcoming UN Climate Change Conference (COP26) to be held in Glasgow during November 2021. It didn’t come as a surprise when Mr Russell sounded optimistic on the prospects of the trade agreement between the UK and the GCC countries that could surpass China as a trading partner for the UK in a giant leap forward.

He was upbeat on Kuwait and praised Kuwait Investment Authority (KIA) with recognition and delight for being committed to London and mentioned the world’s oldest KIA sovereign wealth fund back in 1953. Kuwaiti investments in the UK infrastructure sector included 20% stakes in London City Airport, Associated British Ports, Thames Water, and several significant properties in and around the Square Mile and Canary Wharf, Mr Russell clarified.

The Lord Mayor of the City of London didn’t want to attach much importance to the Brexit issue and negated any adverse long term business impact on the market. He also emphasised saying that London would continue to be a leading global centre for business and trade including the heritage and culture as evident from the extent of growth and development work being undertaken in the city exhibiting continued support of investors and businesses communities.

“London’s fundamental strengths such as its vast international reach, pragmatism, and spirit of innovation have not been lost, and I am confident that our unique city will continue to thrive for decades to come. We have been through tough times before and we will come through this period as well,” he remarked.

In his concluding remarks, the Mayor added that the City of London and the UK government would now concentrate more on future strategies and visions for promoting future growth markets such as green finance, fintech, and other rapidly developing business areas and maintain its position globally. 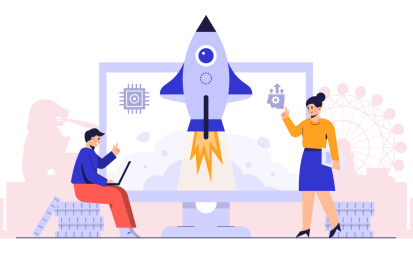